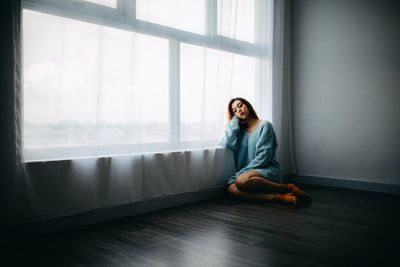 Many years ago, a couple came to me because there had been a sexual violation so awful that it was many sessions before I learned what it was.

Then it happened again, about a year before the couple came in.  This time, the wife fought back with the only way she knew how--with silence.  She literally did not speak to her husband unless they had to communicate about their children.  They were still living under one roof, in a beautiful dream house with an ocean view that was meant to be their forever home.

Now the dream had been ruined, spoiled by sexual violence.

I remember that I was so taken aback by the violation, so eager to help the couple in a sex positive way, and somehow so afraid of offending the offender that it took me a good long think to realize that I had to call it out for what it was: marital rape.  In the next session, I called it out for what it was.  There were tears, anguish, disgust, and shame.  It seems the wife needed confirmation from a professional that what had happened to her was not okay.  She did not want to prosecute her husband, but she did not think she could live any longer with someone who she considered to be a perpetrator.  They decided that they should separate, and I referred them each to their own therapist.

In May 2021, the Los Angeles Times published an opinion regarding the fact that California does not have a law to address marital rape.  California law specifically defines rape as "sexual intercourse accomplished with a person not the spouse of the perpetrator."  The article reports that efforts to pass such a law have hit snags that are reminiscent of awful times when women were considered a husband's property; there was no such thing as marital rape.  Another argument was that the state would not want to disturb family units by arresting the person committing the rape.

All of it got me thinking about times I have seen when other therapists have displayed blind spots when it comes to marital and intimate partner rape.  So I approached an expert who had enrolled in our sex therapy training program, Miranda Galbreath, to help us out by giving a course on the topic.  Luckily for us, she agreed.  Galbreath will help therapists not only identify signs of marital rape, but what to do when they come to light.  It isn't an easy topic.  It isn't a sexy topic.  But it's an important topic, one that I refuse to shy away from.  Will you?