Sex Therapists and Acceptance of Polyamory and Polygamy 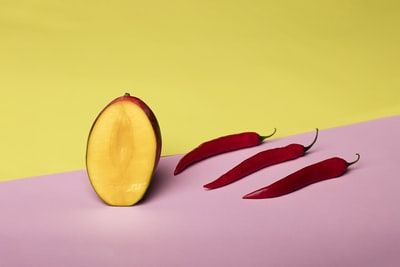 Recent laws have passed regarding the practice of polygamy and polyamory.  In Utah, for example, legislation known as the Bigamy Bill decriminalized polygamy by changing the offense from a felony to a misdemeanor.  A city in Massachusetts passed a law that allows three or more people to be considered domestic partners who co-exist as a family.  The Uniform Parentage Act helps states to pass legislation that makes it legal for a child to have more than one parent; one version of the law has already been enacted in California.  This paves the way to allow more than biological parents to have a custody interest in a child’s welfare and living arrangements should the relationships among the adults come to an end.

Polyamory, or “many loves,” is broad term that covers many open relationship configurations.  For example, partners may choose to have completely separate emotional and/or sexual relationships with other people, or they may want to get to know—and perhaps love and be sexual with—anyone new that their partner enjoys.  Groups of partners may live together, or separately.  Some people want to be present when their partner is sexual with someone else, some do not.

In any case, consent, good communication, and compersion—wishing happiness for a partner’s other relationships—are usually the basis of satisfying polyamorous relationships.  Polyamory is more common than most people think, with one in nine Americans having participated in a polyamorous relationship, and even more people think they would like to try one.  Generally, polyamorists tend to be liberal in their political outlook, to embrace nonconformity, and to enjoy to a philosophy of free love.

Polygamy is the practice of one man having multiple wives, at least in name.  Polygamy is not to be confused with bigamy, which occurs when someone legally marries more than one person.  As an example, one polygamist and his wives in The New Yorker article have been approached many times by law enforcement and child protective services, but since there is only one legal marriage, they have generally been left alone.

Polygamists tend to be part of a conservative religious community.  In the US, polygamy is associated with a fundamentalist sect of the Mormon church, but there are also Hmong, Muslim, and other populations that engage in the practice.  Estimates are that 60,000 people practice polygamy in the US.  Like polyamorists, they also value consent and want to practice free love, though they do practice with the perspective that such arrangements are in line with religious beliefs.

If you’re a provider wanting to know more about how to approach people in relationship arrangements described here, then you may want to begin with an article I wrote for The Therapist, the CAMFT magazine, about the topic.  I have worked with many people who identify as polyamorous, but I would not call myself an expert—more of an everyday therapist who wants to meet people where they are without judgment; see resources I included at the end of the article to learn more.