A Distressing Experience of Genital Arousal

A Distressing Experience of Genital Arousal

Here is a condition you may never have heard of, but that if you are a sex therapist or sexuality counselor you need to know about.  Persistent Genital Arousal Disorder / Genito-Pelvic Dysesthesia (PGAD/GPD) is not well understood but it is a real disorder characterized by either a feeling of genital arousal that is distressing and not relieved by orgasm and/or uncomfortable feelings in the genitals or pelvic floor that may be experienced as buzzing, throbbing, or burning.

International Society for the Study of Women’s Sexual Health (ISSWSH), an organization of which I am a Fellow, regarding PGAD/GPD.  First, the article discusses the history in which Leiblum and Nathan (2001) first identified “persistent genital arousal syndrome,” described as when a woman felt on the verge of orgasm.  As her understanding of the condition grew, Leiblum (2005) reported that the persistent arousal wasn’t so much related to sexual thoughts and feelings but to distressing genital sensations, leading to the name Persistent Genital Arousal Disorder.  More recently, Pukall added to knowledge with research that suggests other types of sensations other than the feeling of arousal may be considered as part of a spectrum of symptoms and suggested genito-pelvic dysesthesia, which may include itching, buzzing, throbbing, pain, and other troubling symptoms.  (Dysesthesia means an uncomfortable or abnormal sensation in the body.)

Although PGAD/GPD is still not well understood, it is important to know about it because women who complain of its symptoms have a very high rate of suicidal ideation.  Those who have SI often may have severe depression or other psychiatric or substance use disorder and may have had recent distressing interpersonal interactions.  However, while depression, anxiety, and other psychological problems may contribute to the experience and maintenance of PGAD/GPD symptoms, PGAD/GPD needs to be primarily considered as a medical disorder with multiple physiological causes, including clitoral, vulvar, and urethral/bladder problems; pelvic floor dysfunction; vaginal issues such as infection or inflammation; spinal involvement; and medications, including use or discontinuation of SSRIs/SNRIs and trazodone.

The role of the therapist or counselor is first and foremost to provide support to the woman, who may or may not have been believed by her partner and others.  If the therapist or counselor’s office is the woman’s first appointment in an attempt to get help, a referral to a medical practitioner, preferably one who has interest and training, is critical to ascertain a diagnosis.  The woman also much be assessed for SI and history of suicide attempts, mood disorders, substance use, and past sexual trauma.

The psychological management of PGAD/GPD includes education regarding how negative thoughts and feelings maintain or exacerbate the experience of pain, while assuring the woman that these are not the primary cause of PGAD/GPD.  Cognitive behavioral therapy is helpful for most women, who may exhibit catastrophic thinking (“I will get worse and worse and run out of any options,” “My partner will leave me if I don’t fix myself”) or a negative outlook (“The next treatment won’t be any different,” “The new provider will say the same thing the old one did”) that can be appropriately confronted and countered.  Relaxation techniques, increased self-care such as massage, and alternative approaches including acupuncture and yoga can be explored.  Pukall, a psychologist and panel expert, notes that care must be taken to determine the woman’s goals, especially for the sex therapist or counselor who may assume the primary aim is to have pleasurable sex when perhaps the woman primarily seeks symptom reduction and support.  She also suggests including the partner to assure them that the condition is real and to provide them support.  Other forms of intimacy, such as massage, can be encouraged while the woman undergoes medical treatment.

PGAD/GPD is rare, frustrating, and demoralizing.  The psychotherapist and nonmedical sexuality counselor cannot diagnose a medical condition, but they can help alleviate suffering by improving a woman’s outlook, treating any comorbid mental health problems, and providing support.

Notice: This Section needs manual review!
We advise you to create an empty section, copy the content to the new section and delete this one otherwise the functionality of the new pages builder in this section is not guaranteed.

Subscribe to my newsletter and receive your free guide, 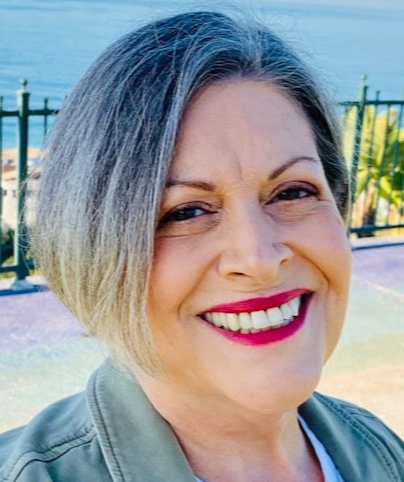 Subscribe
Thank you!
Expect news of future blog posts and other free content plus announcementsof new courses and programs.
We never sell your information, promise